So it's been quite some time since I showed something of my Japanese army, and even though there has been mostly napoleonics miniatures on my painting table for the last year, I've painted a small number of miniatures even to my IJA force. First I'm going to show of what I think is the coolest tank of WWII, the Type 2 Ka-Mi amphibious tank.
This little thing was produced for the Japanese navy to accompany their marines, or Special Naval Landing Forces as they was called, on amphibious landings to provide some armored support. Something that had shown to be a necessity after a few more or less successful attempts at landing from the seas. The navy took the light Type 95 Ha-Go tank as the base and fitted pontoons on it, made it waterproof and added rudders and propellers. This made for a fairly seaworthy tank, but it was mostly hand built, complicated to do and well, built a few years too late. Less than 200 was built and they never got to do what they was built for as the Japanese was on the defense when it showed up in active service. 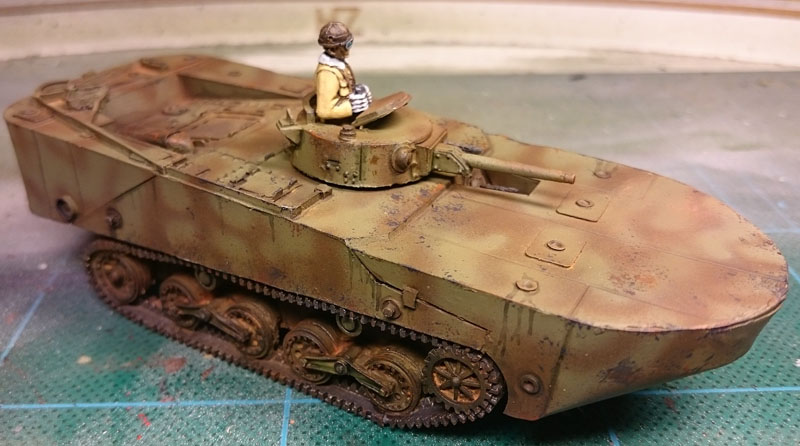 But it's a cool tank and as I envision me having some Special Navy Landing Forces in the future I needed a cool tank to cruse into shore with them. 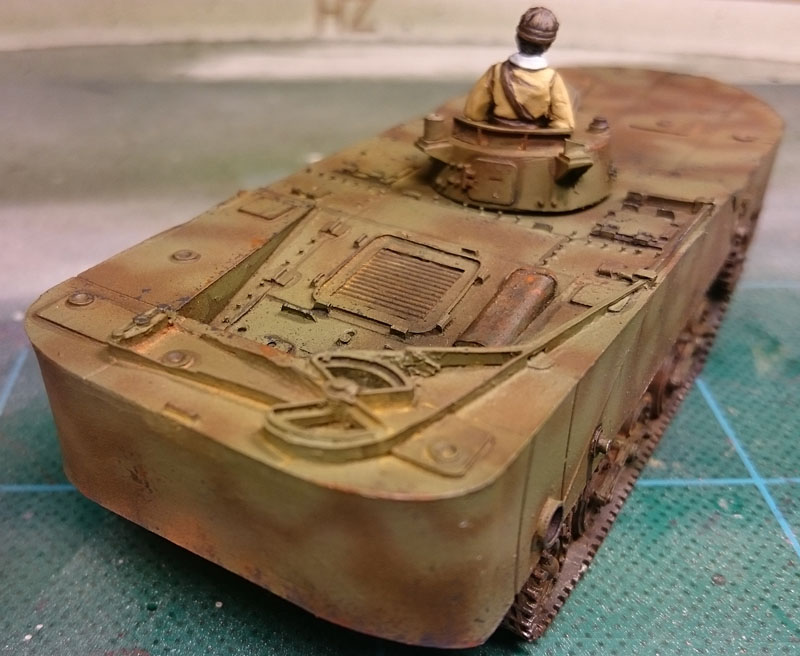 As of Painting I based the colors from the tanks page on Tanks Encyclopedia and used some weathering powders on it as well, but my thought was to make it appear as it had just surfaced and gotten just a little ways in from the shore.
I also have the waterline version that Warlord makes, but this I haven’t painted yet. But it will make a great addition to my force as soon as I have a sea to put it in... 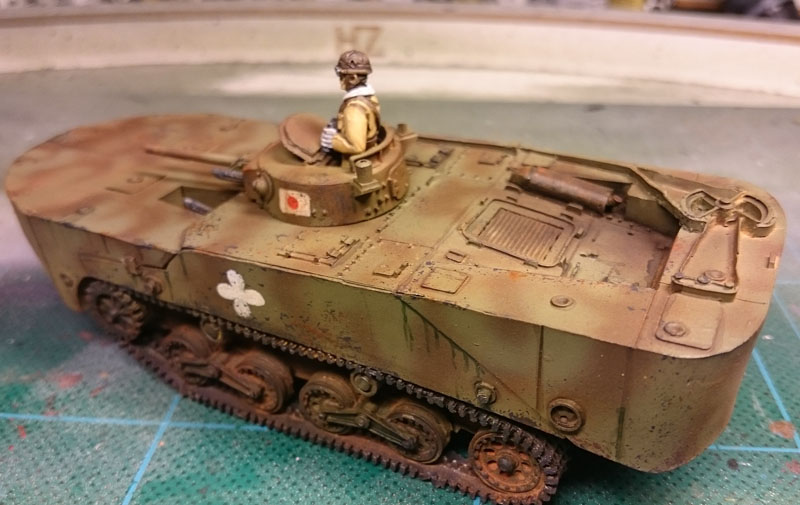 That’s all for now, I hope to get back soon with some more pacific action.