A while back I got to play some Black Powder again, this time with 15mm miniatures, not with my armies, but funnily enough with some miniatures painted by me.
I got to control the French forces, with some support of some Spanish troops and on the other side a thin red line of British troops.
On the French side I got to control two brigades of infantry, each with three battalions and one with two artillery batteries and the other had a large battalion. To this a brigade of horse, one hussar and one dragoon regiments. The British also had two brigades of infantry, each with two small and one large battalion and an attached artillery battery. To this was a horse brigade of two regiments of hussars.

Initial set up can be seen here, the aim was to take control of the buildings on the battlefield, the center cluster was worth one point as was the ruined church and large house on the flanks. 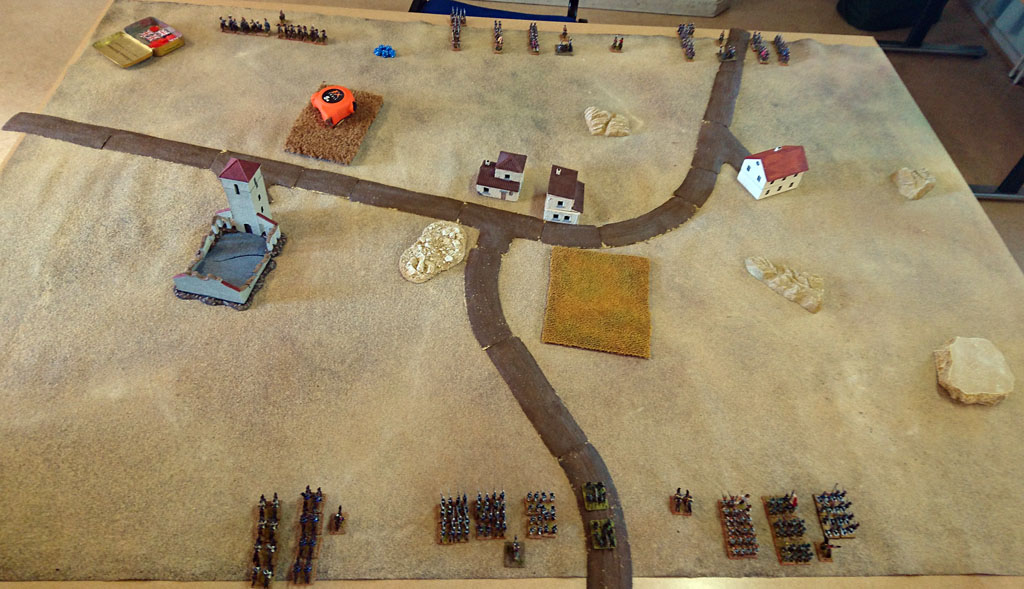 The luck of the dice gave the British the first turn. And got going on the British left flank, moving all the way up to the objective house, while things was a bit slower in the center where failed orders only resulted in a small forward movement, and the cavalry refused to move at all. 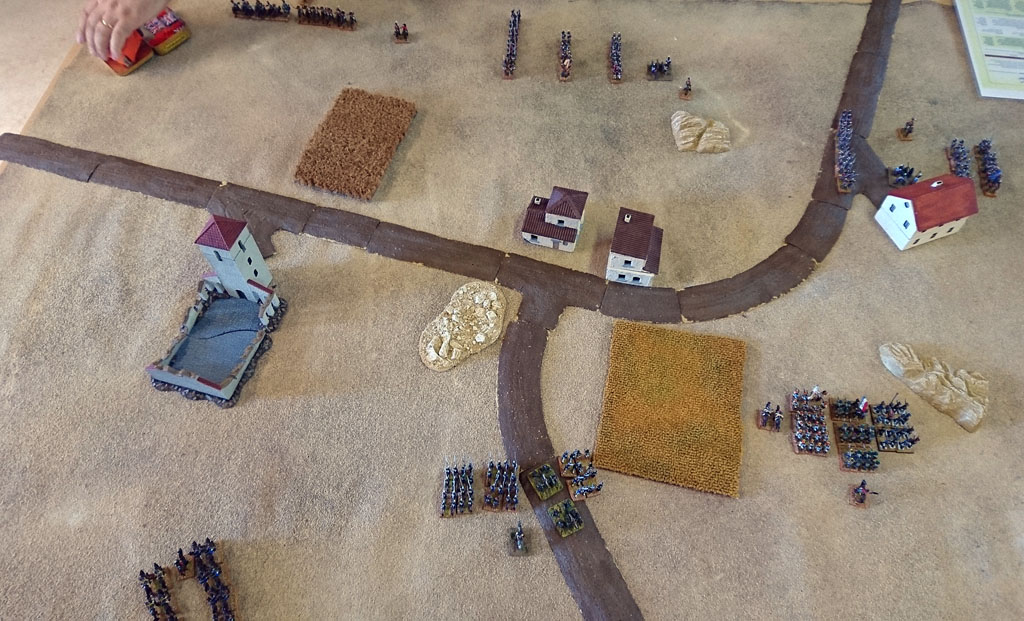 For the French it was mostly the same, on the right the infantry got moving as in the center, but not quite as long as the British, the cavalry slowly moved forward, eying the competition on the other side. 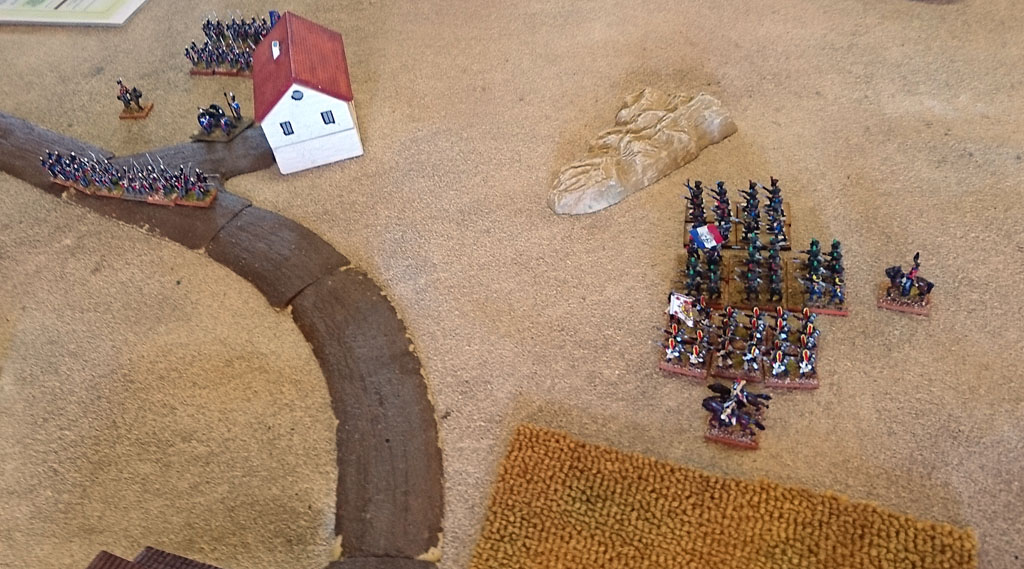 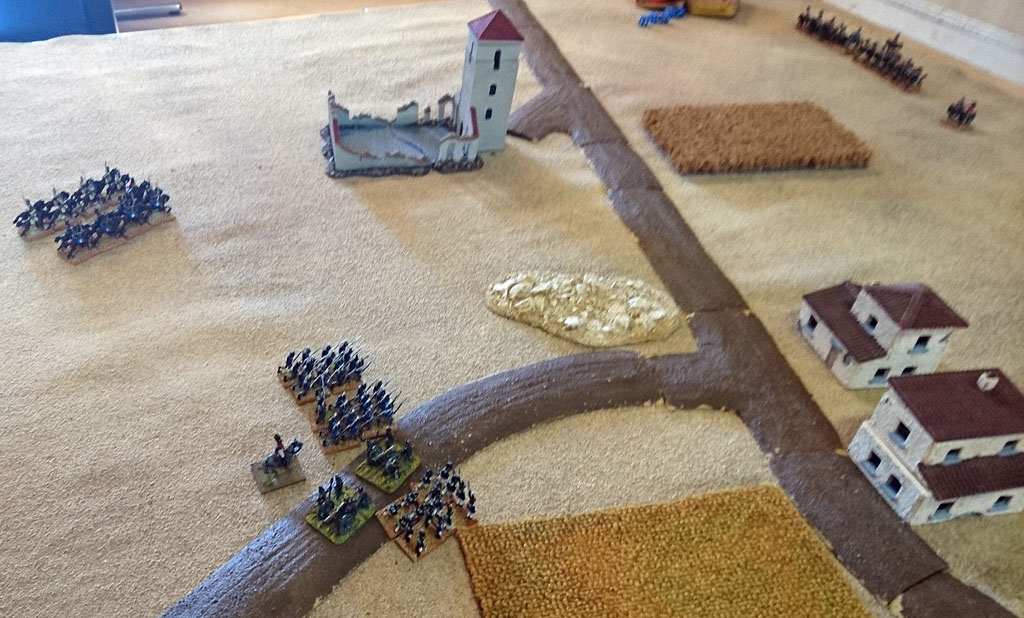 The next turn started on the British right, where they got into lines around the house with the intent on boxing the French in, but things did not quite go to plan and one unit was stuck marching into position, still in column! The French took advantage of this and sent one battalion to assault it while the rest resumed its advance straight to the house. 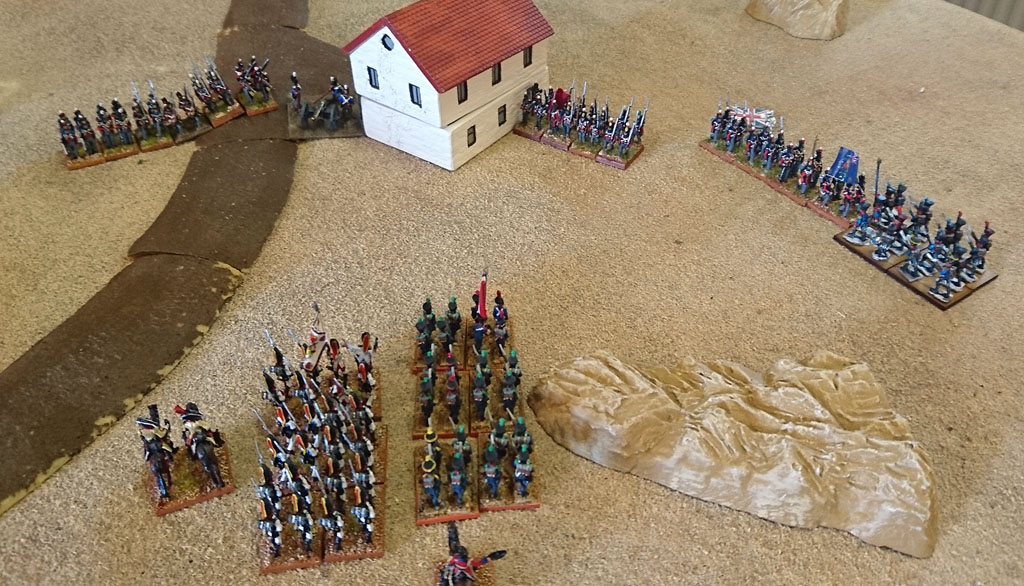 In the center both sides tried to get in order for an assault on the village, but both was reluctant to get anything done. 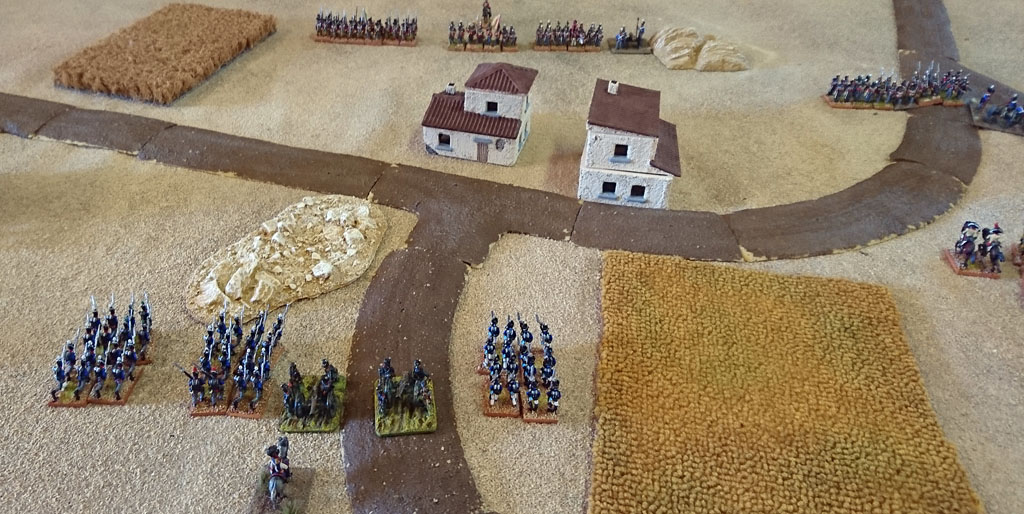 The cavalry was also a bit reluctant, both sides commander tried to get some charges in, but no one heeded their wishes. 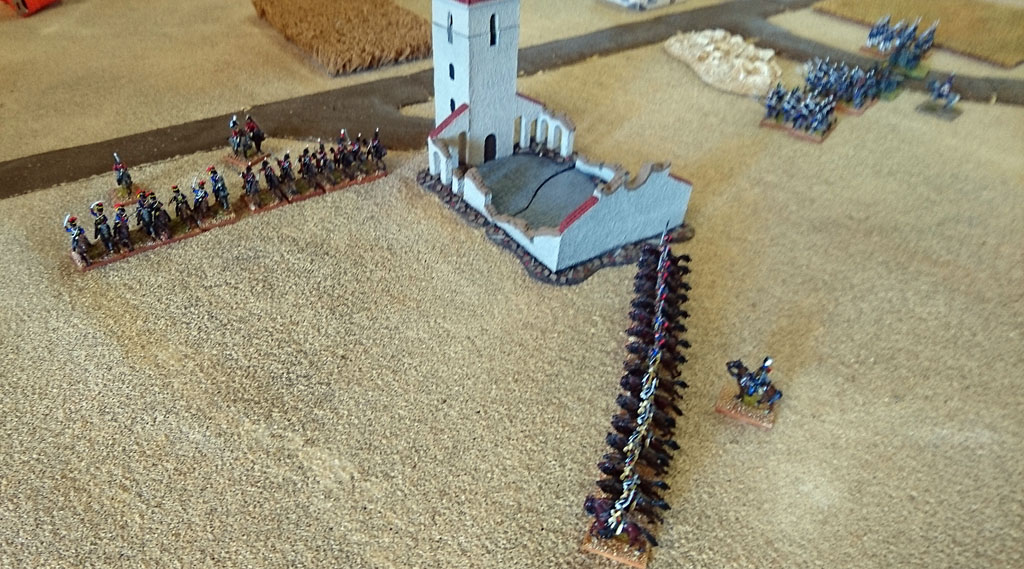 The next turn started badly for the British, as the battalion caught in column got run down, and the victorious French got in the side of the next battalion, they did have some success in getting hits in on the other two battalions that tried to deploy in line to handle the last battalion. 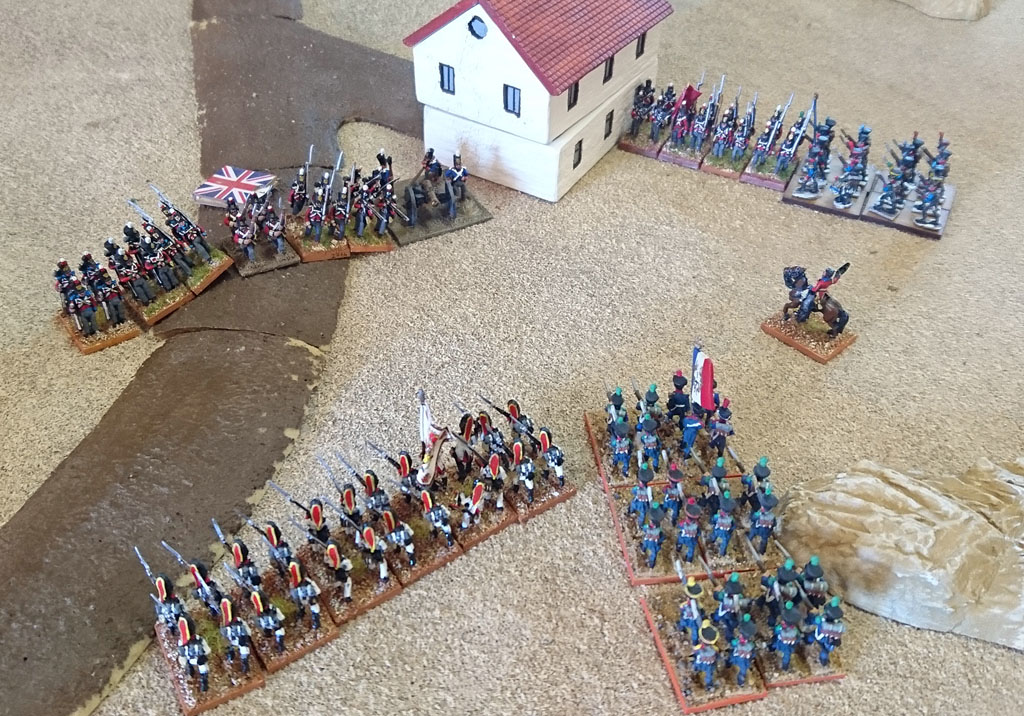 The center was still and nothing much was happening on either side. 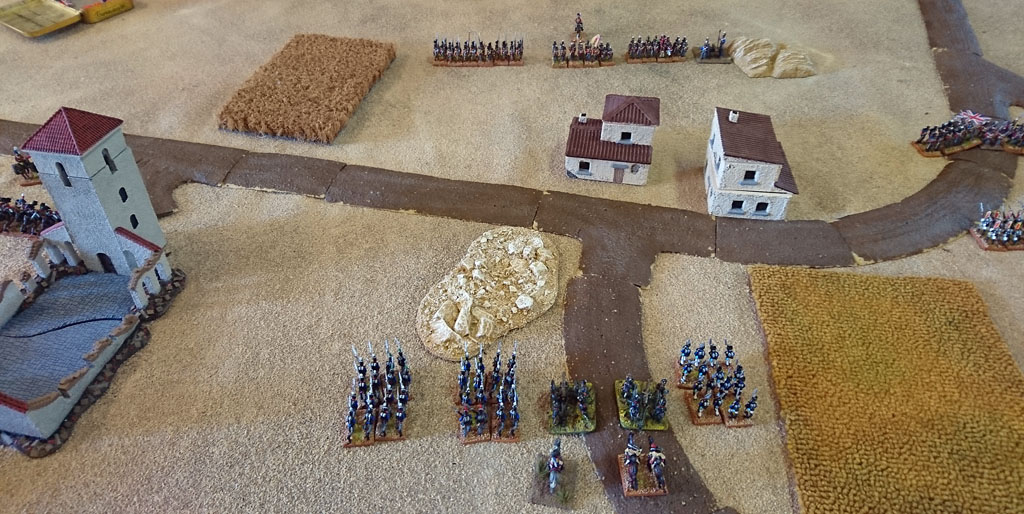 The same with the cavalry, they still was just eyeing each other, but all in all not doing a single thing. 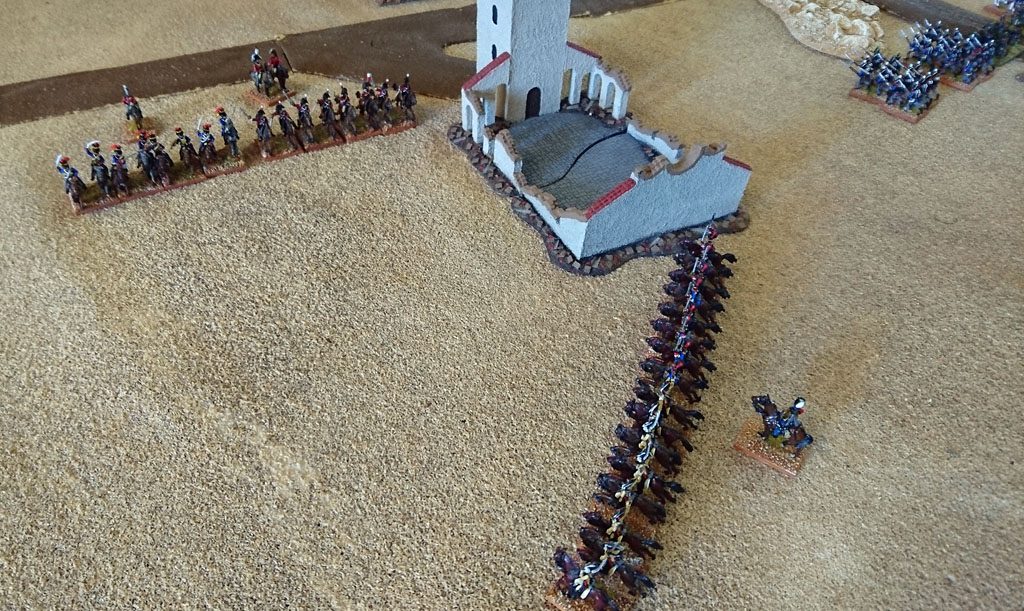 But on the following turn things got going. 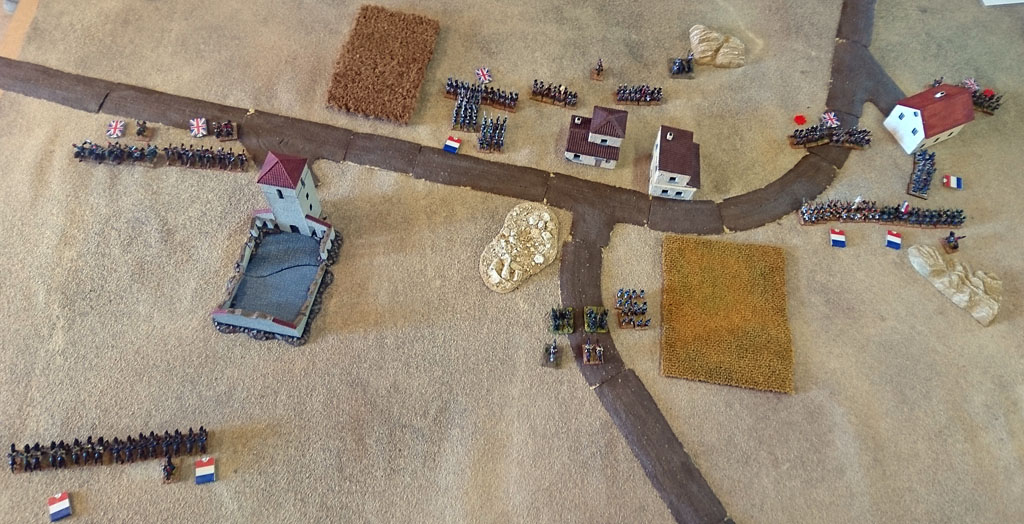 The cavalry finally stormed into a wild melee fight, where both sides took casualties, but the French was in a little better shape than the English before all regiments fell back. 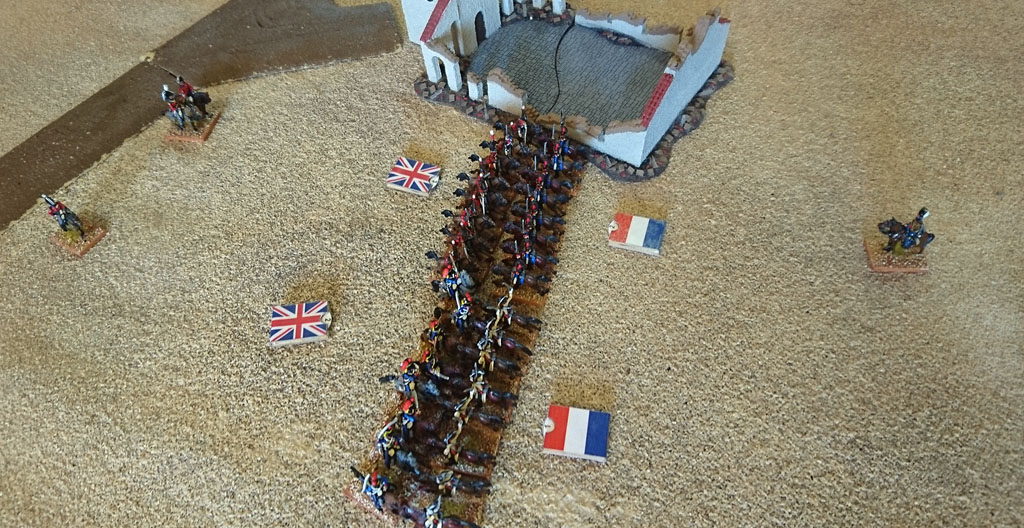 In the center the British moved up in line to the village, and the French columns stormed the line, the fight was inconclusive and both sides took casualties as the fight continued.

On the right the English fell back in hand to hand, and all French formed lines and poured fire into the remaining British, destroying the artillery and mauling the infantry.


On the next turn noting much was happening, the fight in the center continued with a small edge going to the French, on the right the lines was still firing into each other and on the left the cavalry was trying to regain some order for another charge. 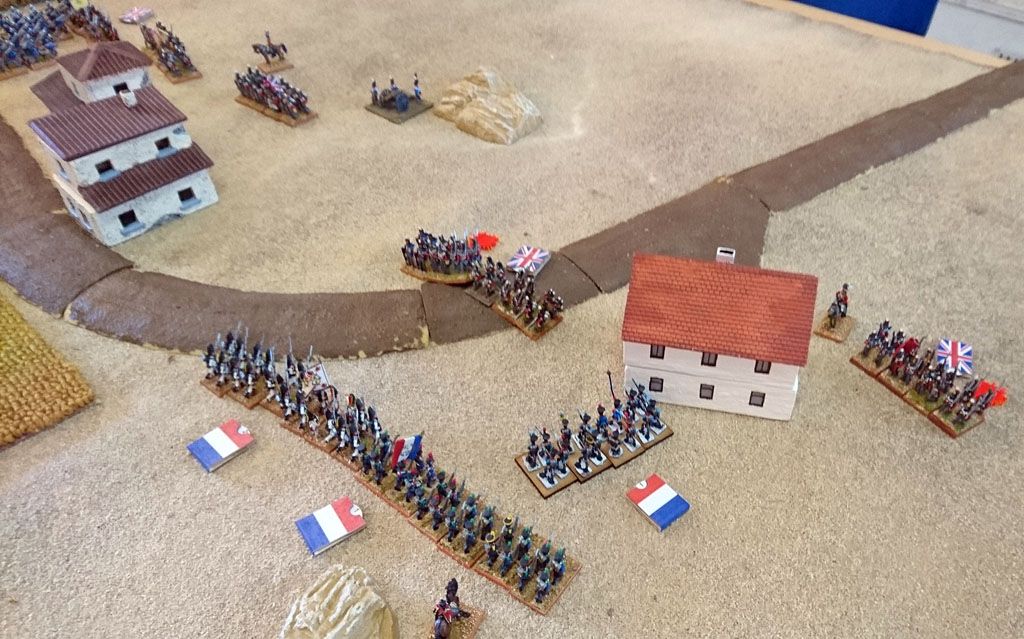 The following turn saw the end of the battle, as on the left the cavalry got in a another charge, this time with some serious consequences for both sides, as the fight with the dragoons ended up in both units destroying themselves and the other the French fell back in disorder but also shook the British, breaking that brigade. 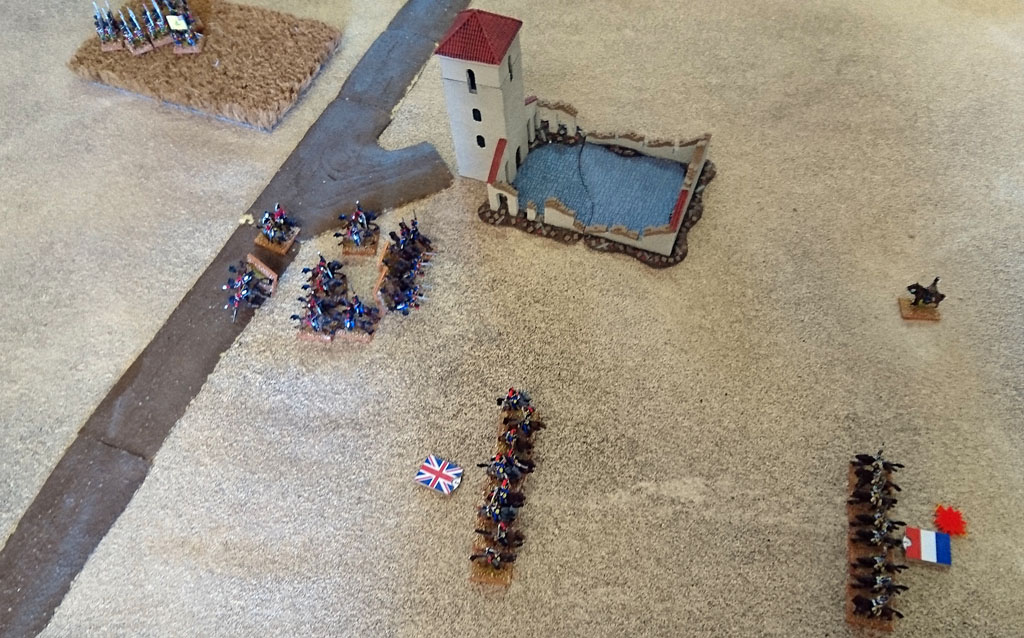 In the center the large British battalion broke and the victorious French got into the next one in line, both in the side and front, also breaking this. 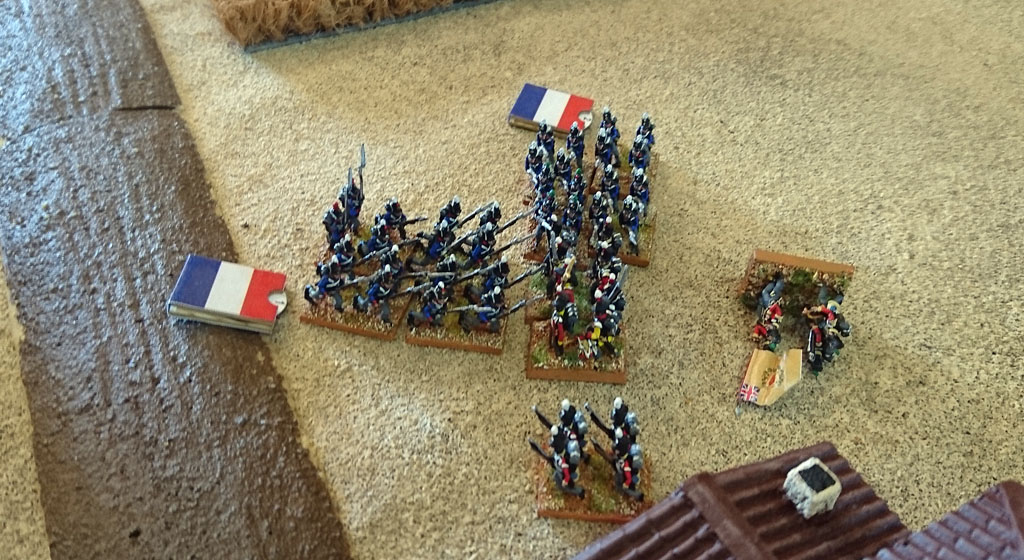 On the right the large British battalion broke under the intense bombardment, breaking the brigade here as well and taking the entire army with them in their flight. 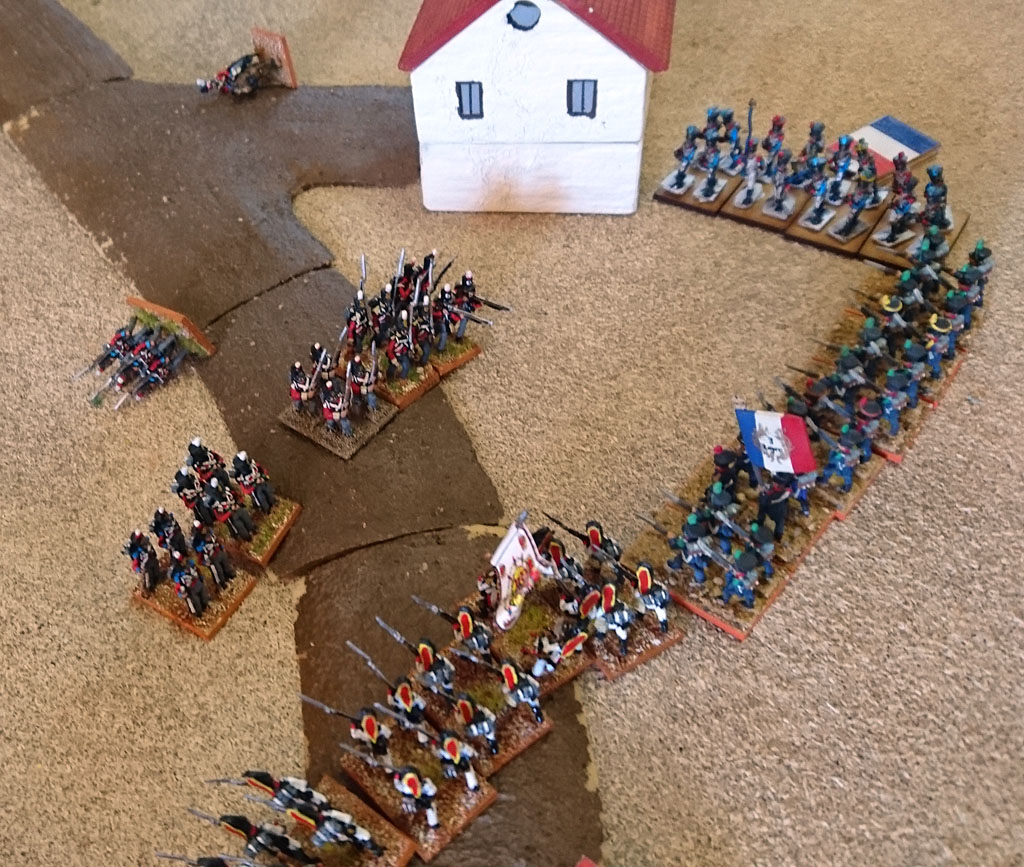 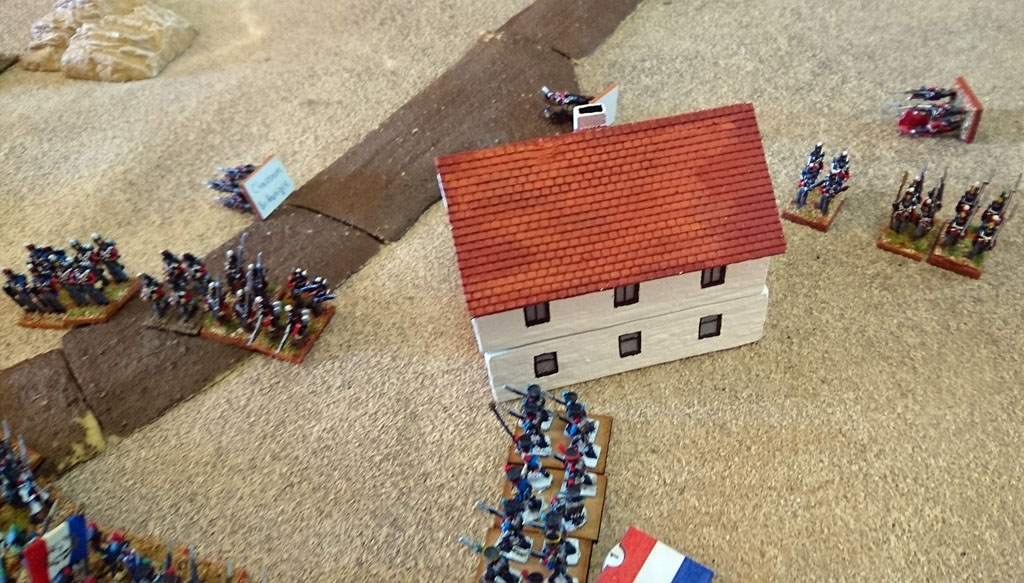 The French did also get dangerously close to breaking, and another turn of British bombardment would probably have broken them as well.

So concluded another great BP game. And big plans are in the making for more and more armies to get bought and painted during the fall. And I hope we will have a big fight or two before the end of the year.